The King of the Combinations 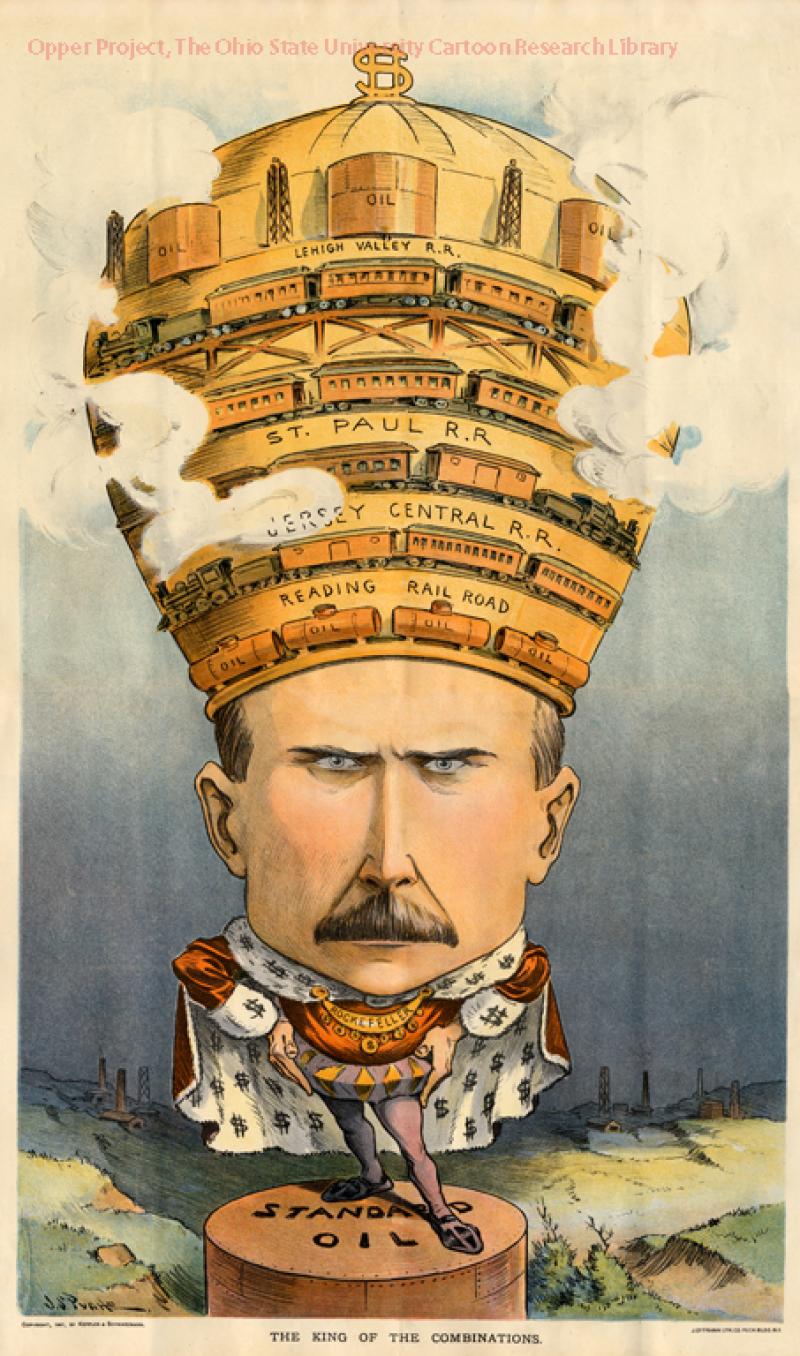 John D. Rockefeller’s Standard Oil was one of the biggest and most controversial “big businesses” of the post-Civil War industrial era. Rockefeller entered the oil refining business in 1863 and though highly competitive practices, he began to merge with or drive out of business most of his competitors. Though this process of horizontal combination, by the 1880s the Standard Oil Trust controlled 90% of the oil refining business in the U.S. Because of the size of his enterprise, Rockefeller was able to dictate favorable shipping terms from the railroads, the other major big businesses of his day—a sign of the economic power of Standard Oil. Note how in this cartoon Rockefeller’s crown is labeled with the names of rail lines that he effectively controlled. By keeping transportation prices low, Standard Oil delivered less-expensive oil to market, pricing out much of the competition. Once the competition was gone in particular regions, Rockefeller could resume higher prices. With Standard Oil’s size and wealth, no oil company had any hope of outlasting Standard Oil in such a situation.