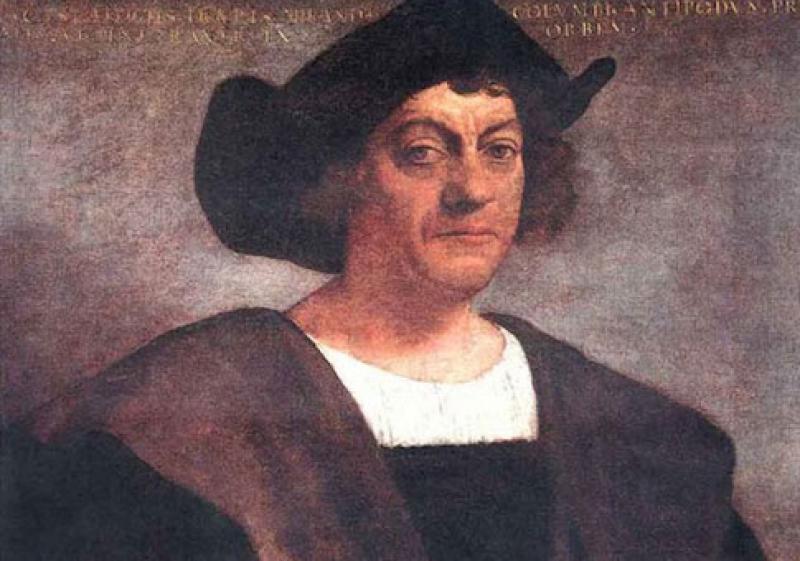 Christopher Columbus has been commemorated in hundreds or thousands of ways across North America and South America. He has roads named in his honor, buildings, cities, and our nation’s capital.  Does he deserve these honors?  After all he did find the new world for Europeans. Who would then have any issues with this man’s accomplishments?  Many students overlook the fact that there were already people living on this continent. Many were taught in Elementary school all of the good that Columbus brought but overlook the whole truth of this immortalized man. This lesson is intended to open the eyes of middle school students to the multiple perspectives on Columbus and provide an opportunity for discussion and why perhaps some South American and Central American countries refuse to celebrate Columbus Day.

Display the political cartoon and have students discuss. Talk about perspective. Who is the man and who is he talking to? It will allow for multiple interpretations. Discuss how events can be interpreted by multiple perspectives and the impact that has on any historical event.

1. Display Hook/Anticipatory Set
2. Discuss why we do not have many primary sources for Natives of the Americas (oral history, lack of writing)
3. Read the book Encounter and explain that while it is historically accurate, it is a secondary source.
4. Have students discuss the book. Talk about the Taino perspective of the Spanish and how it might have changed as the story continued.
5. Provide them with the excerpts of Columbus’s journal. Discuss the perspective Columbus and his men had at the start of the journey and how it changed when they arrived in the New World.
6. Some questions to pose may be:
a. What attitudes does Columbus have about the people he encounters? Summarize and give three examples from the reading
b. What attitudes do the Taino have about the visitors? Summarize and give three examples from the reading.
c. Based on what you read, what does it appear that Columbus/The Taino cares about and what does each want? Provide evidence
d. Based on the accounts provided, what if anything can you tell about the kind of people the Spanish were? The Taino?  What does each group value, how do they treat other people?
7. Create a chart on the board comparing/contrasting the two groups.
8. Divide the class into two groups. After the multiple discussions from the resources, students will have their opinion on Columbus. Hero or Monster.
9. Explain that some Central and South American countries refuse. To celebrate Columbus Day because of the atrocities he committed in their eyes. This brings about the trial: The people vs. Columbus. Have the class separate to one of the two sides.
10. Allow the remainder of the period and half of the next day to prepare the arguments.
11. Run the trial as close as possible to a real trial. I usually have one of my team teachers who are on plan. That way all students can participate in the two groups. Plus the judge should be unbiased.  Maybe even the administration depending on your relationship.
12.  Follow up with discussion on the verdict. Verdict will depend on arguments provided by both sides. Discuss results.
13. Close with the question: How has your view of Christopher Columbus changed after this assignment? Explain.
14. Extension activity: Create a political cartoon based on the encounter between Columbus and the Taino people.