Roosevelt As the Rising Sun of Yankee Imperialism 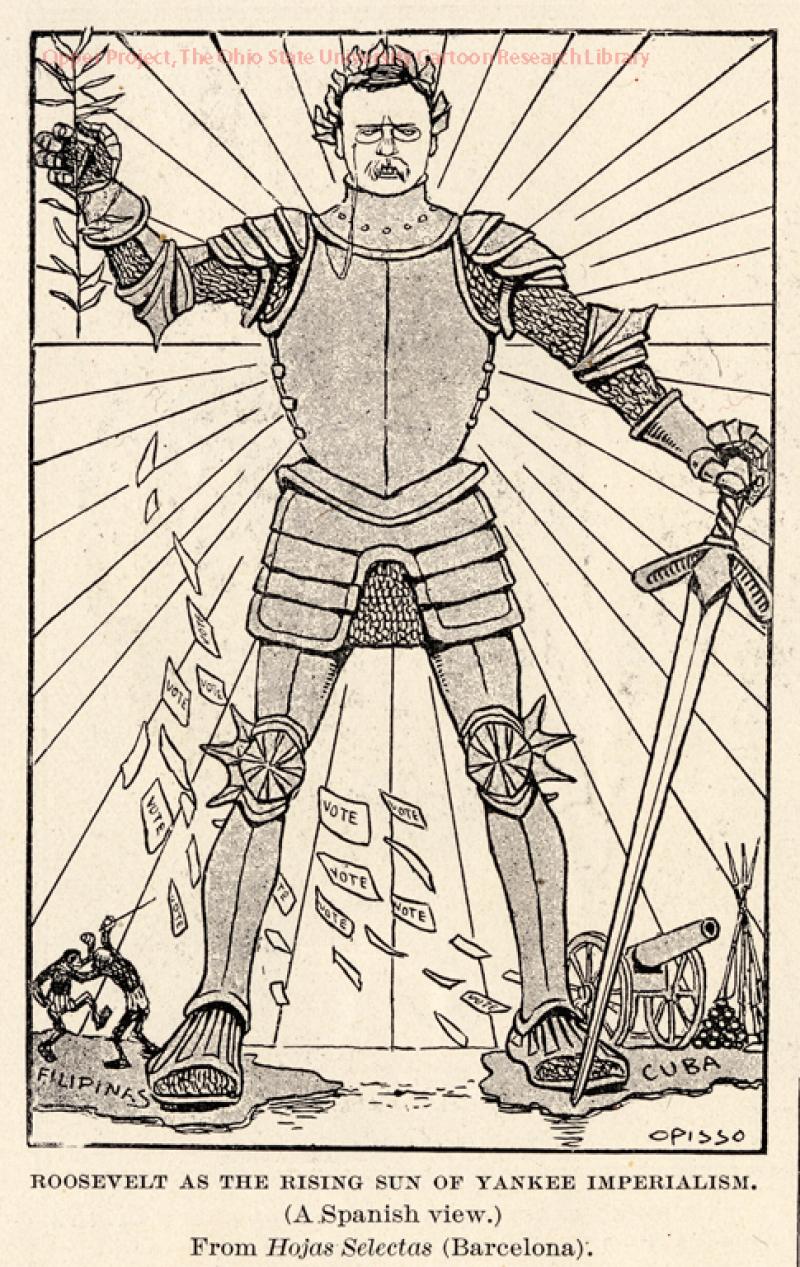 As part of the terms that ended the Spanish-American War in 1898, the United States gained control of the Philippines, Puerto Rico and Cuba. While many Americans decried imperial expansion, many others welcomed it. President Theodore Roosevelt, especially, was an advocate for a more aggressive US foreign policy and for American imperial expansion. This cartoon presents a Spanish view of the new American Imperialism.