Westward Expansion and the African-American Experience 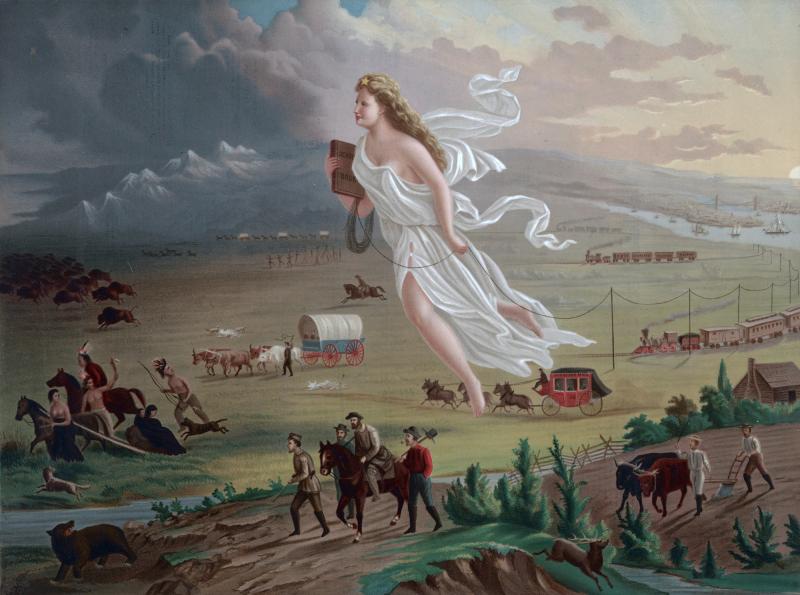 1. Ask students to read excerpts of narratives. Work can be done in pairs or small groups, if it will provide support to the students as they read.
2. Provide students with copies of the Venn diagram and outline map.
3. Students will  use the Venn diagram to take notes about the two narratives, including the things that are unique to each fugitive slave and the things that they experienced in common (in general; details may vary). Have students look for the following:
a. the state and community where the individuals were enslaved;
b. the types of work they did as slaves and how many years they endured slavery;
c. if they were literate before they escaped and the means of their escape;
d. whether the individuals were assisted in any way along the routes of their escape;
e. if they received help at their final destinations;
f. if the individuals experienced discrimination once free;
g. the types of work they did for wages; and
h. why the individuals wrote their narratives.
4. Students will  take notes on the reverse or margin of their maps about the beginning locations and final destinations of the fugitives' journeys, and any landmarks (towns, cities, rivers, mountains) that they may mention. If students find few details about the journey, ask them why fugitive slaves might not have been willing to give out details about their route (being aware of the publication date of the narrative). Calculate the distance covered. Plot the two escape routes on their map in different colors with an explanatory key, marking the names of the beginning and final points in the journey and any major landmarks along the way.
Click HERE for an  Assessment tool.
Prepared by Amanda Green, Shelby City Schools, Ohio.