The Destruction of Black Wall Street: The Tulsa Riot 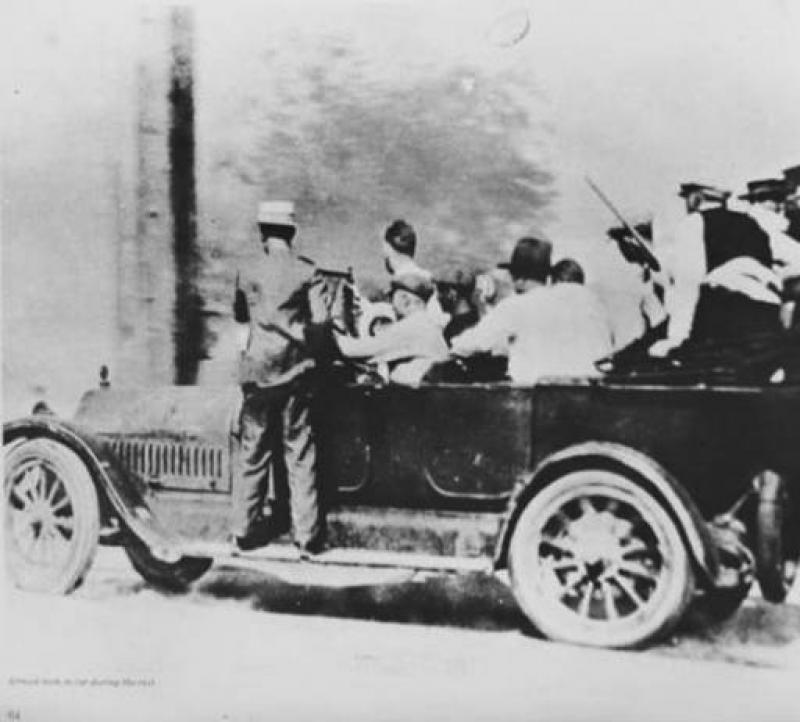 This lesson introduces students to a specific outbreak of racial violence in American history, the Tulsa riot of 1921.  On May 31, 1921, reports circulated around Tulsa that a black elevator operator had attacked a white girl.  As tensions grew, mobs of whites entered the black section of town, an area Booker T. Washington had dubbed "Black Wall Street" because of its economic success, and killed an unknown number of African-Americans.  In addition the mobs burned down much of the black neighborhood and may have used airplanes to drop bombs from the air.  The wealth of information available about this riot will allow students an intimate look at not only the causes of violence, but also the specific responses of members of the black and white communities

1.  To have students understand the reasons behind the Tulsa riot.
2.  To illustrate to students the "living" nature of history through examining the recent investigation into the Tulsa riot.

Part 1: Overview of the Tulsa Riot

Provide students with the specific details surrounding the Tulsa riot by having them read a description of the causes and scope of the riot.  In addition, students can hear excerpts from interviews with survivors of the riot here:
Survivor of Tulsa Race Riot Interview
Survivors of infamous 1921 Tulsa Race Riot Still Hope for Justice
Tulsa Library Digital Collection - Tulsa Race Riot of 1921
This site by the Oklahoma Historical Society provides further information about the riot.
This web site by ThoughtCo provides more information about the riot.

After providing students with the history of the riot introduce them to the "living" portion of the story.  The recent investigations of the Tulsa Riot led to reports from major news organizations and the formation of an committee of inquiry.  Direct students to examine these reports and the findings of the commission.
"As Survivors Dwindle, Tulsa Confronts Past,"  a story from The New York Times describing the riot and the recent investigation.
Tulsa Riot Report.  Provides the report of the investigation committee, including images and the minutes from meetings. See link under Tulsa Race Riot Report heading.
Images of the riot are available from the Huffington Post.
What explains the outbreak of violence, both the particular causes and the underlying reasons?
Have students compare and contrast contemporary news reports from the white press and recollections and historical accounts.  How do they differ?  What explains these differences?  This could be done in groups using copies of the texts and images, or as an assignment.  Use the document analysis sheets provided by the National Archives.
Ask students to compare this event to the typical understanding of the 1920s as the "Jazz Age."  How does this event change or reinforce this conception?  How does this event relate to race relations in the United States?